A city made of 350 containers.

The new hall concept, designed by set designer Jens Weber, promised a completely new trade fair experience and set Hamburg as a gateway to the world and port metropolis a monument made of 350 containers.
Wide visual axes and long street lines with spectacular photo motifs at the ends, park-like green spaces and two large stages for national and international photographers and influencers - the PHOTOPIA Summit offered an equally innovative and attractive setting for the new festival of the imaging community.
A fascinating installation was created on 20,000 square metres that played with perspectives, shapes and figures. It was the exhibitors and visitors who brought this "city within the city" to life and made it an active part of the festival.

Successful fusion of festival and expo

The infrastructure of the PHOTOPIA Summit skilfully combined components of large metropolises with classic elements of a trade fair such as product presentations, sales as well as customer and contact care. The stacked containers not only formed a fascinating skyline and gave the festival a unique setting, but they were also used in a variety of ways. Exhibitors could use them as stands or meeting rooms for B2B customers. Other containers displayed photographs in hidden galleries, for example by the renowned fashion photographer Ellen von Unwerth, who is also the patron of PHOTOPIA Hamburg. 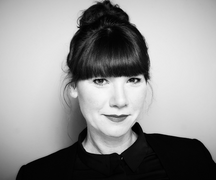